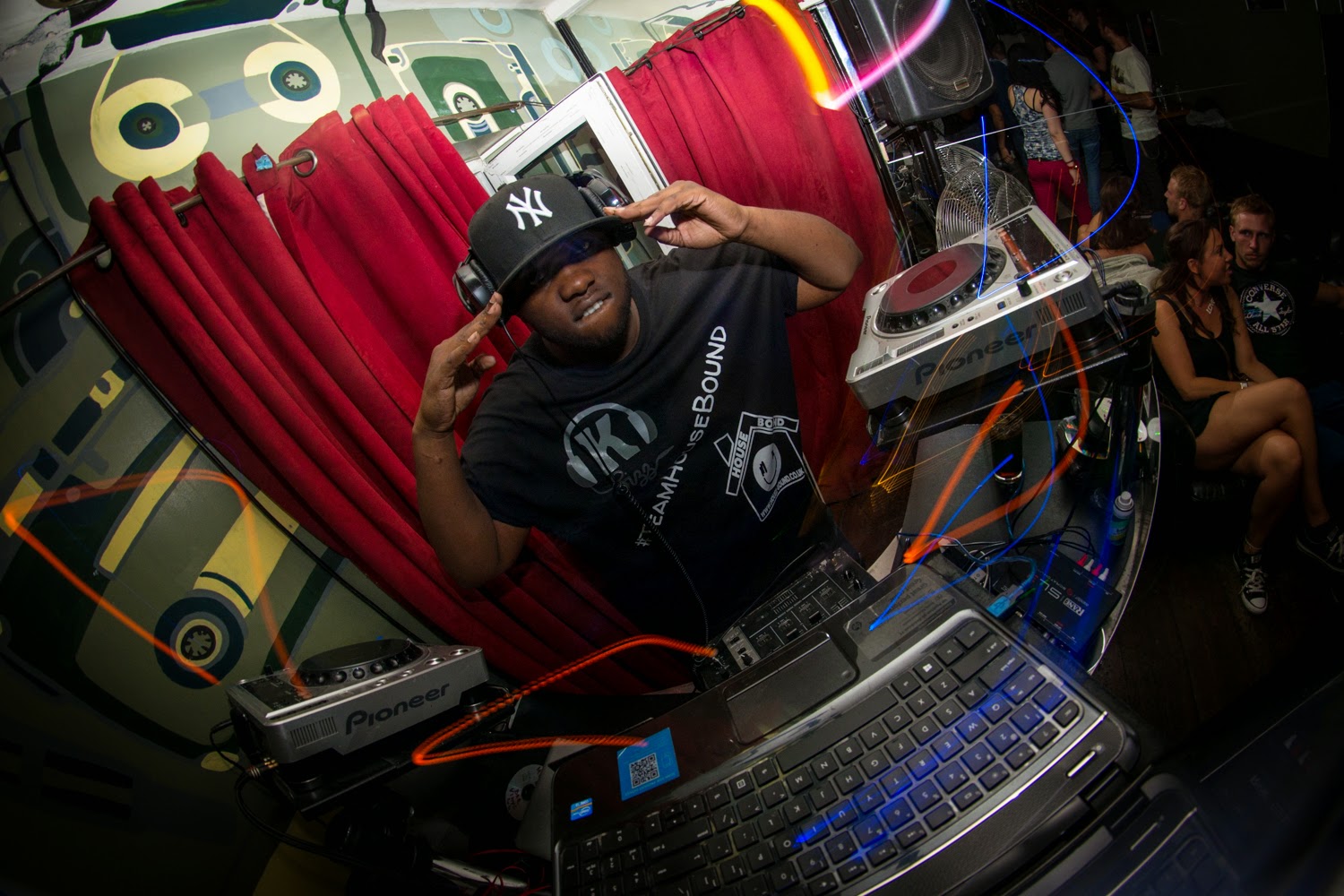 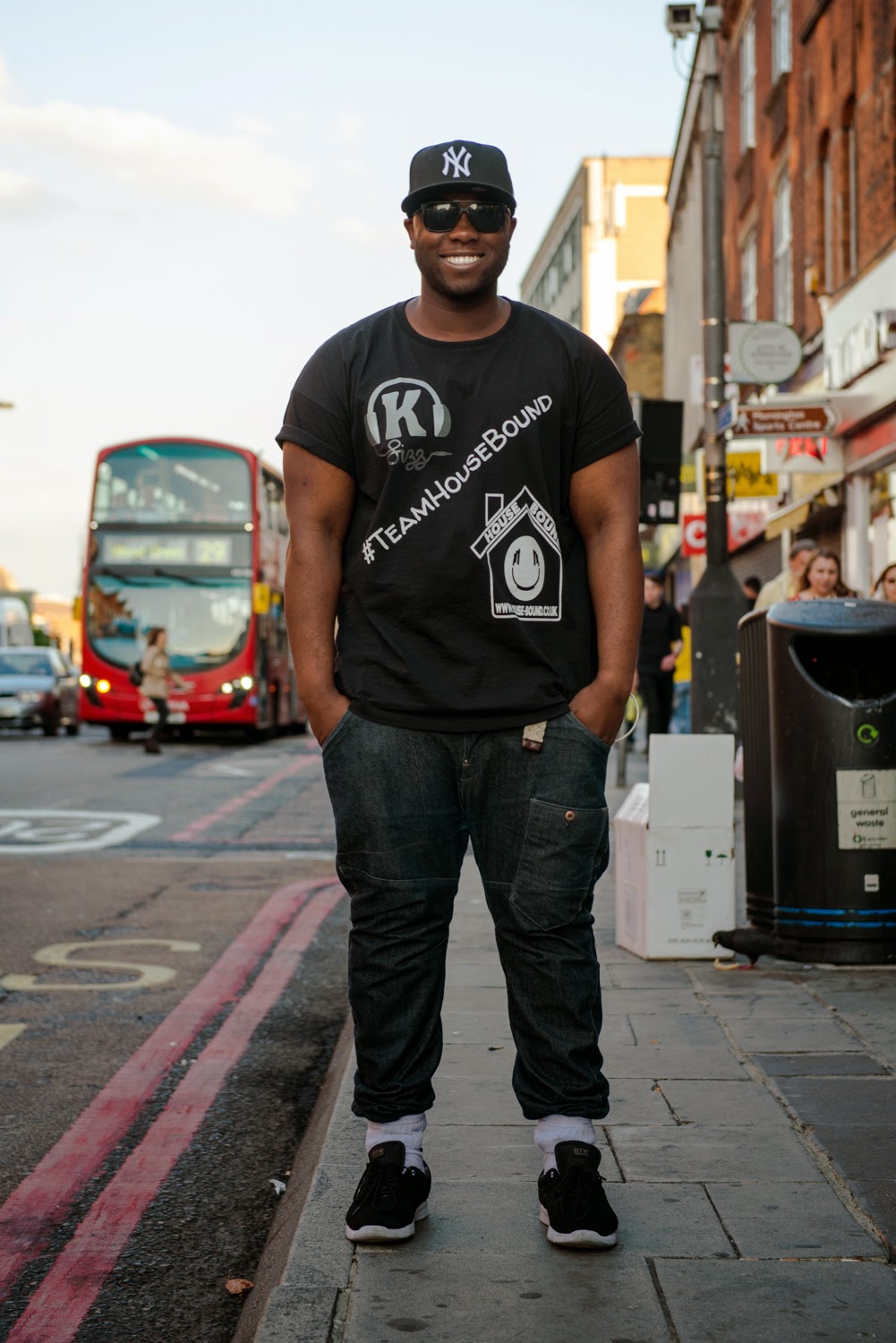 On Saturday, I celebrated the « Fete de la musique » in my way. Unfortunately, the UK has no « fete de la musique » on the 21st of June like France, but London has got great talents, especially within electronic music and deep house.
I discovered a new DJ, Mister K-Sizz a few weeks ago and I met him last Saturday.

Kofi works full time within a hospital as his first job and Dj’s in his spare time.
I strongly support that and can understand having to juggle work and music…
Our conversation could last for hours because we both have a real passion for music. 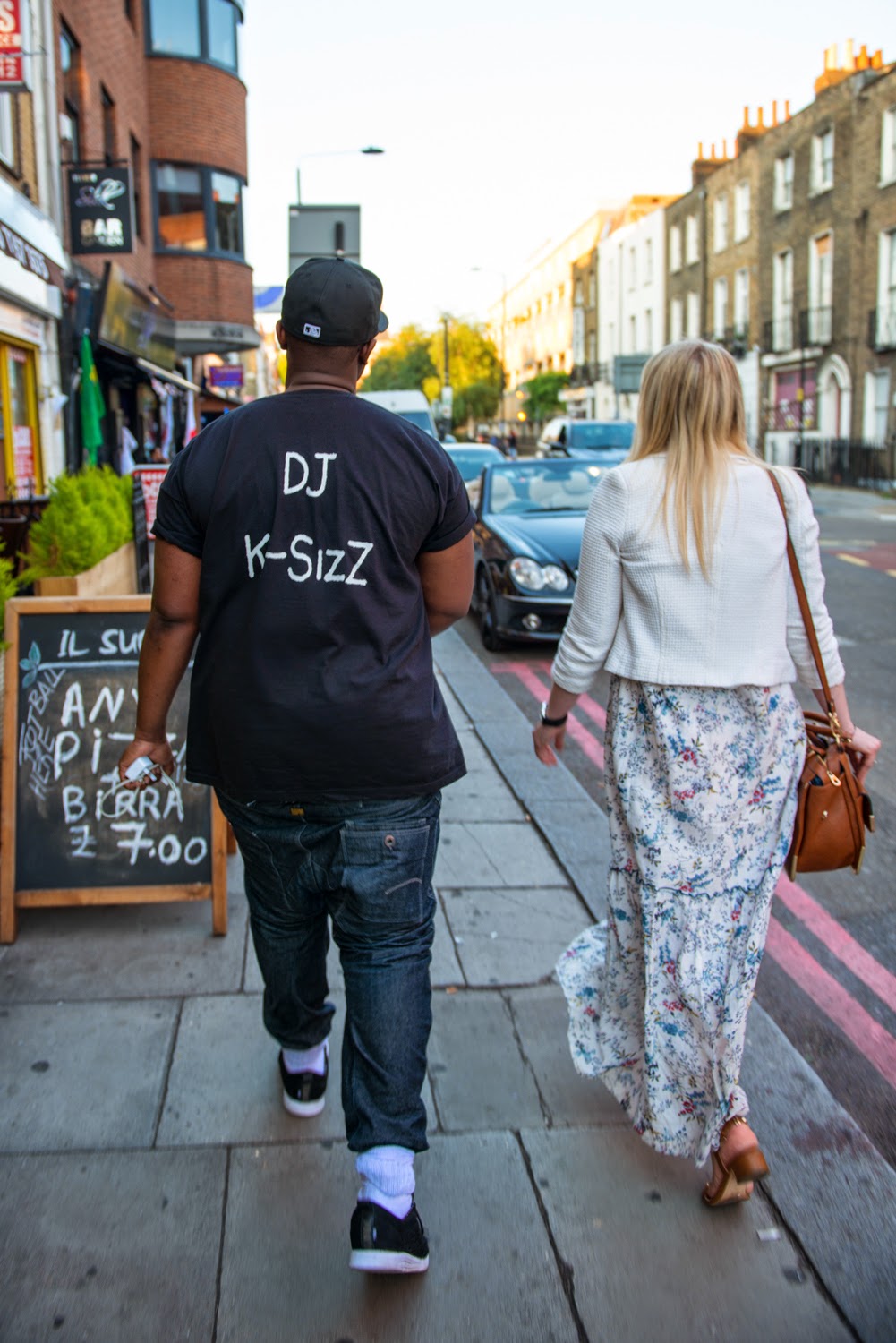 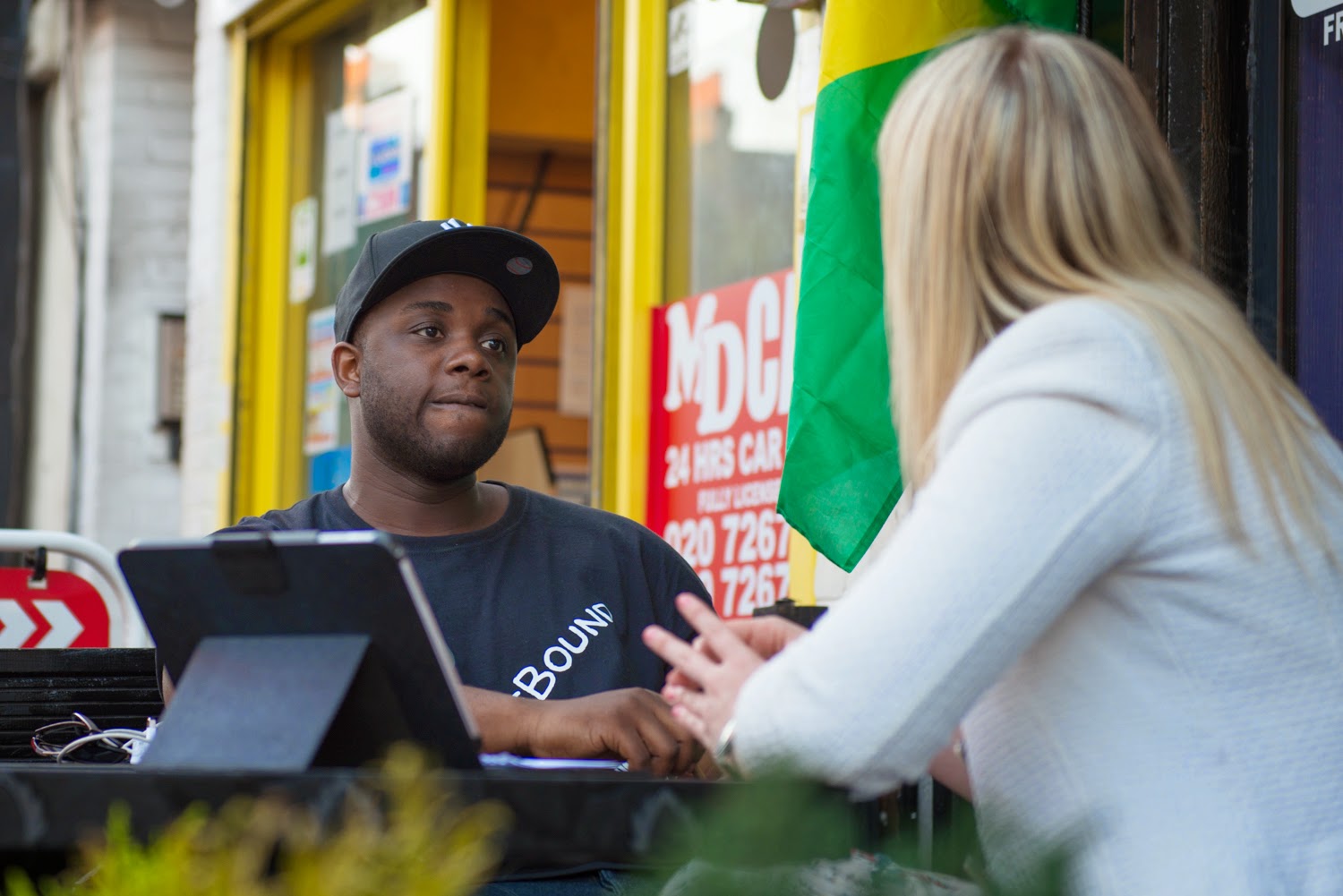 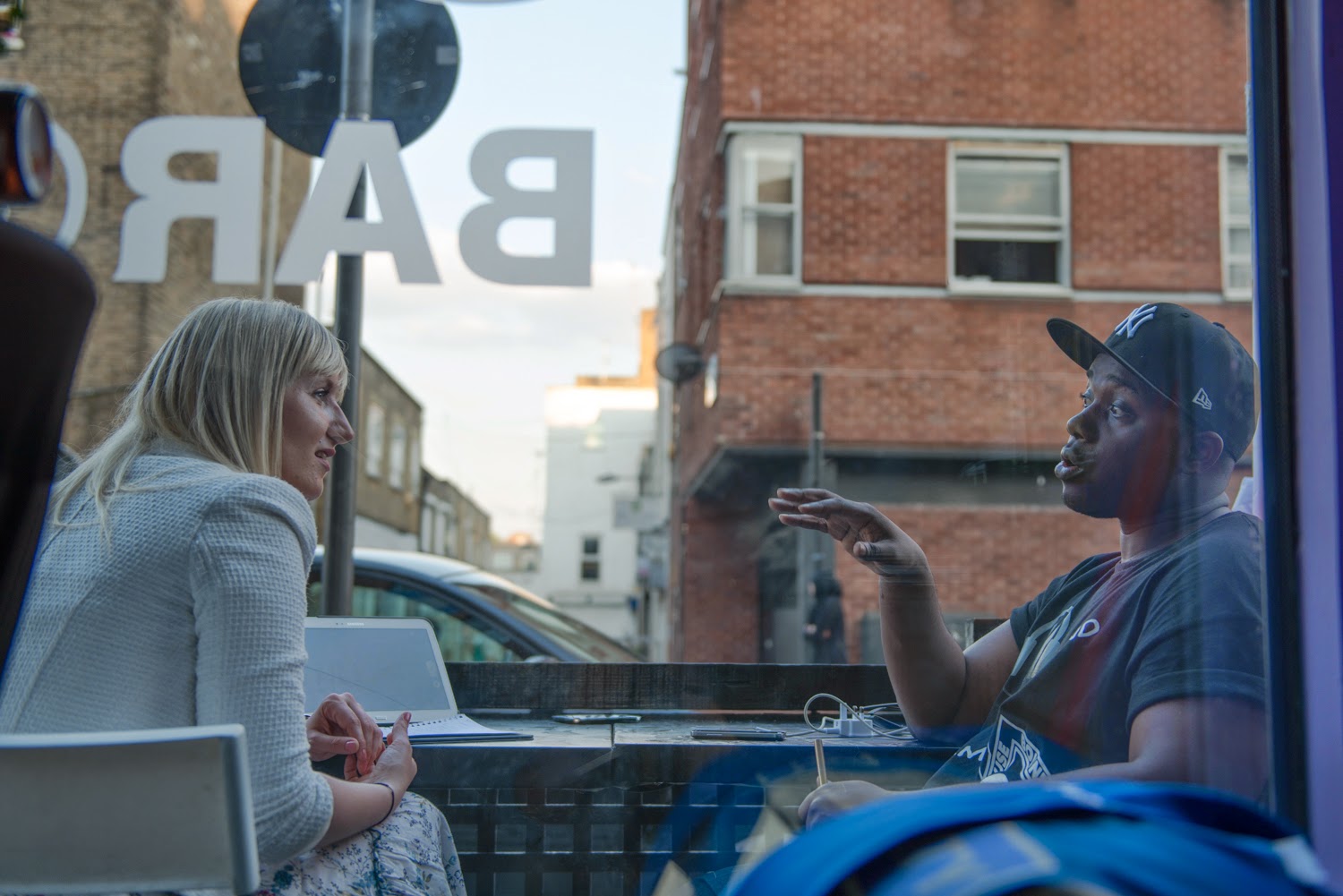 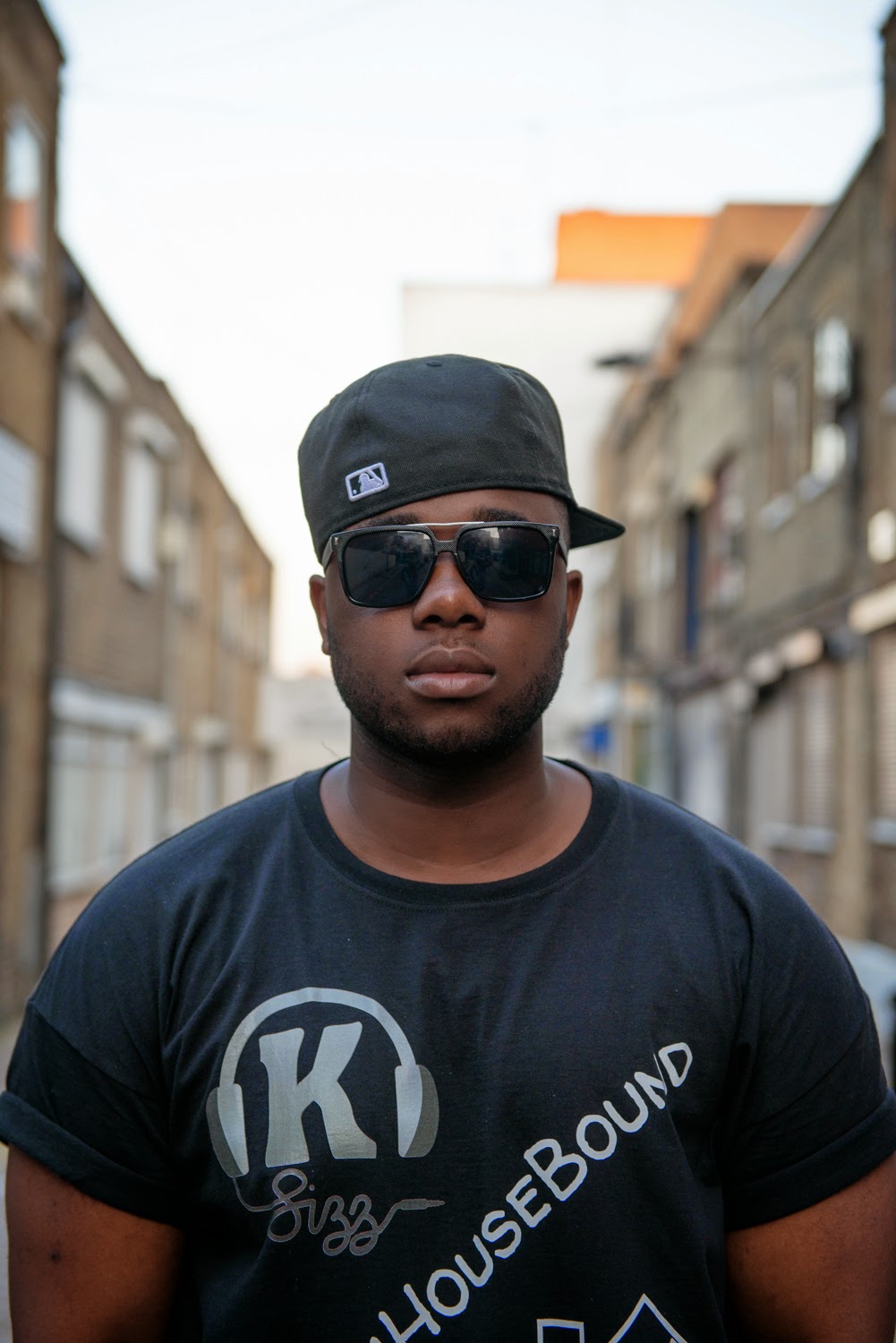 First of all Kofi, thank you for accepting my invitation, it’s nice to meet you.

So I discovered your music at the French Connection spring summer launch event which I really enjoyed it.

Can you tell me more about your collaboration with this Fashion Brand?

Which one of the events did you attend?

The one in April I guess, end of March the show for the summer collection event in King’s road.

So, yeah so some great collaboration’s with French Connection.

It was fortuitous because a friend of mine knows the manager at King’s road and they needed a DJ quite urgently. So he contacted me to see if I could do it and I was available so then, before you know it …I played Regent’s Street, Oxford Street…so I did a good couple of events for French Connection.

How did partaking in those events, benefit you?

I mean, as I said it was fortuitous since the beginning and positive things came from it. the music, the set I have done on my soundcloud…

Yeah, it’s amazing! I love it!

(smile) It was not the first one I’ve done but it has reached over one thousand plays thanks to this sound. It give me a bit more exposure so it was really cool I mean, I did not expect anything, it was just DJ hobby.

When did you really get music and…DJ’ing?

Djing…I have been DJing for under two years. I haven’t be DJing a long time.

It’s a good friend of mine, he produces his music. I played drums, I have been into music since a long time, I used to make CDs but I never DJ’d until 2 years ago so it has been a long time coming really.

What kind of music did you start off playing? Deep house? Because you play more deep house now.

Do you know what is funny, is I was first and foremost a Hip Hop DJ!

Yeah! Lots of original hip hop DJs move on to playing house, because house became so efficacious on people…it grew from that. I always used to be a garage DJ. Garage is house.

And these genres of musics can work well together so…that’s cool.

Today, is DJ’ing just a passion for you?

If one day, someone tells you to stop everything and that they have a music related opportunity for you…what would your reaction be? You never know! (laughs)

If I can live of that, why not? I would say yes.

You seem to enjoy what you do and it takes a lot of time to work on one passion I know that as I have done it myself, so I wish the best for you.

Being that I come from France, I think our musical preference as a whole is more so techno music.
Do you think that the UK’s preference is deep house? More house than electro for instance?

The UK has always had its own sound, no matter what. So dance music and techno, As you said France and the rest of Europe has techno. We had garage, 2 steps garage, Old Skool.

London had always has a very dark sound.

That’s why this deep house thing is an easy transition. London has always had a sound similar to that so if you listen to a lot of big underground DJ’s that are around now, there is a dark edge to it, but still house. This is deep house London style.

London has its own sound.

Today, we can say that electronic music has become more commercial.

For instance, As I told you I grew up in France, I have been listening to Daft Punk, Martin Solveig even Axwell…Daft Punk for me is in our roots for the past 20 years.

So to be honest with you, when I am listening to Pitbull and Christina Aguilera and people call it electronic music, it makes me laugh…

What is your opinion about that and the classification of genres?

You’re right , what was used to be classified as electronic music or house music or dance music is not what its used to be same as Hip-Hop music.
I called it Hip-POP because it’s more pop music so I can’t agree more, there is no clear classification of genre nowadays…

Do you remember ATB?

Does that concern you and how do you feel about the future of electronic music?

Genuinely speaking, music is nothing like it used to be at all. I mean for music, the classification of genres has become blurred.

Electronic music, we call it electronic because of the music, the sound they use.

Daft Punk, they are all robotic and they use an electronic guitar…And as soon as anybody uses a specific sound, that mimics electronic sounds and we call it electronic music, even if it’s really not, it’s a genre of music.

I would like to add that some new real artist and DJs are positive for the future of electronic music, if you know Madeon, he is only 19 years old and he is amazing!

Yeah, some young people are still in tune with what happened before, they are all ok with that, they bring back the sound that has faded out over time.

I am very optimistic about it, there are good things about it.

Commercial sounds maybe take a down a little bit.
If you keep your ears to the right places, you will always hear the right music.

Do you have projects in the future, collaborations?

I would love to produce, but I am more… I like to hear everything and play what people are making. I like to promote people, I am the guy behind the front line, I like pushing people, discovering that’s more I like to.

My future would be keep turning up, doing mixes and just see what people feel and then If I can get contact with new artists, I will push them out.

I will build not a fan base, but just people that like sharing my music. If you go to my soundcloud now, you will hear soul music, Motown music, Hip-Hop, 80s…

My dad taught me to listen to Jimmy Hendrix, Eric Clapton …very eclectic music as well so I love the idea!

Exactly, that’s the type of people I want to engage, I want people who like to play all types of music. Music is a sharing and loving thing.

To finish, can you tell me more about your project. I know you are playing at Pacha next week?

That’s the team House Bound on my tee shirt! It’s a relatively new group that was created by 2 guys, the main people of this group who are really fun. It’s a group of DJs.

No, probably about 12, they are relatively new DJs, they want to grow. They like to have fun, If you come you will see smile on every face. It’s purely house music, London influence house.

So to sum up, this group of DJs will be mixing the same day, next Saturday at Pacha!

Many thanks to Kofi, DJ K-Sizz for everything!

I saw him at Vinyl bar in Camden and it was pretty amazing! We all had lots of fun!
HIS SOUNDCLOUD! 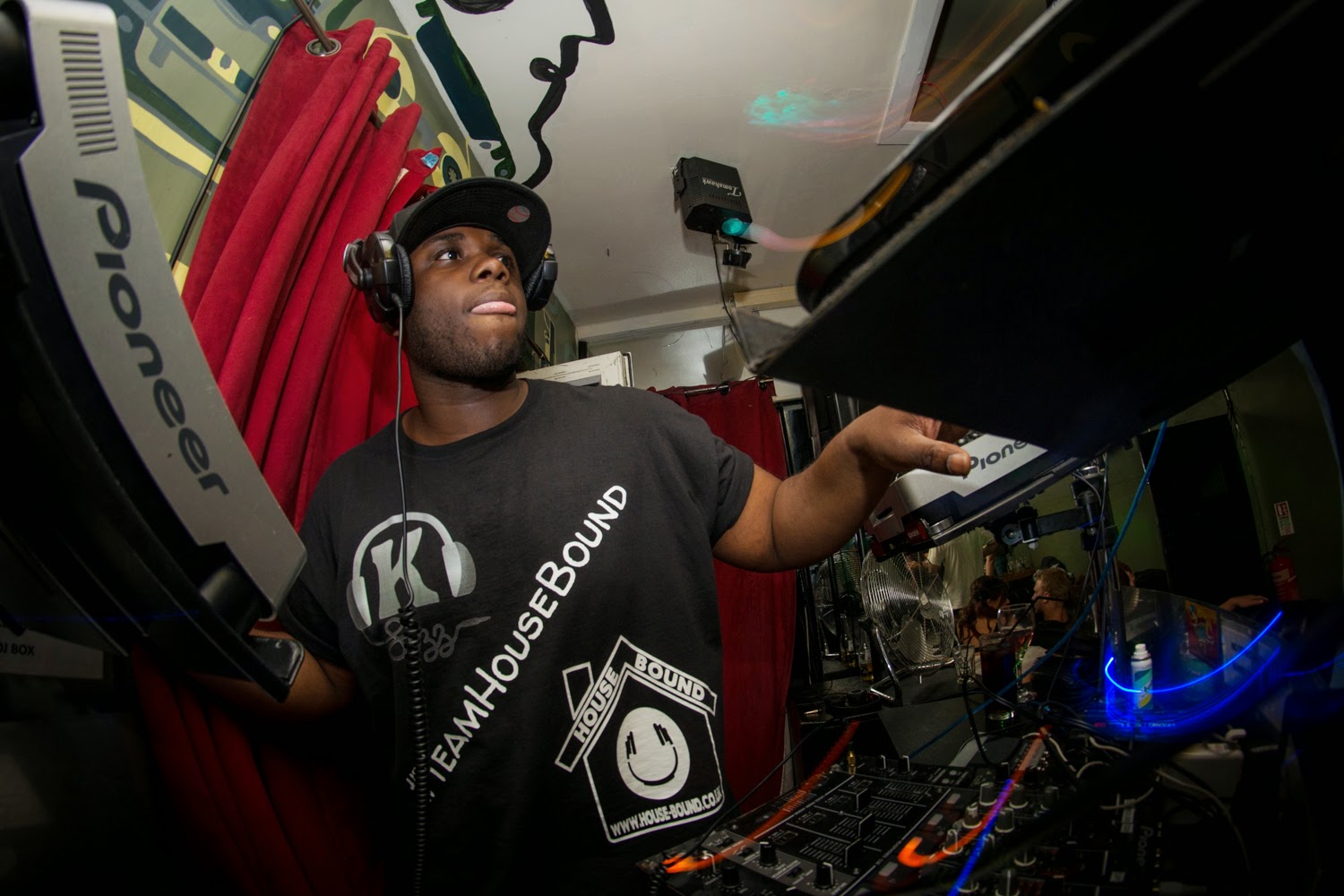 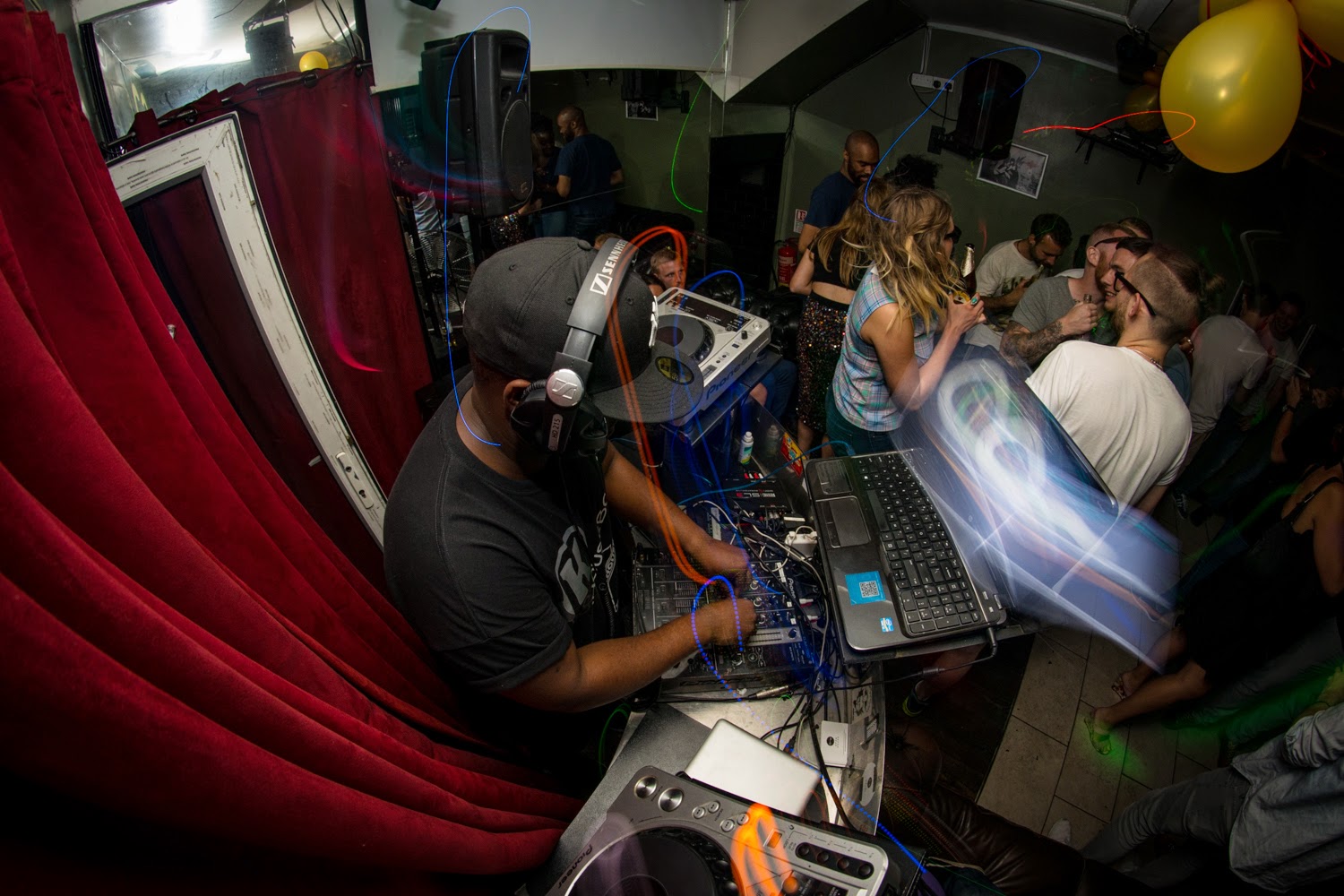 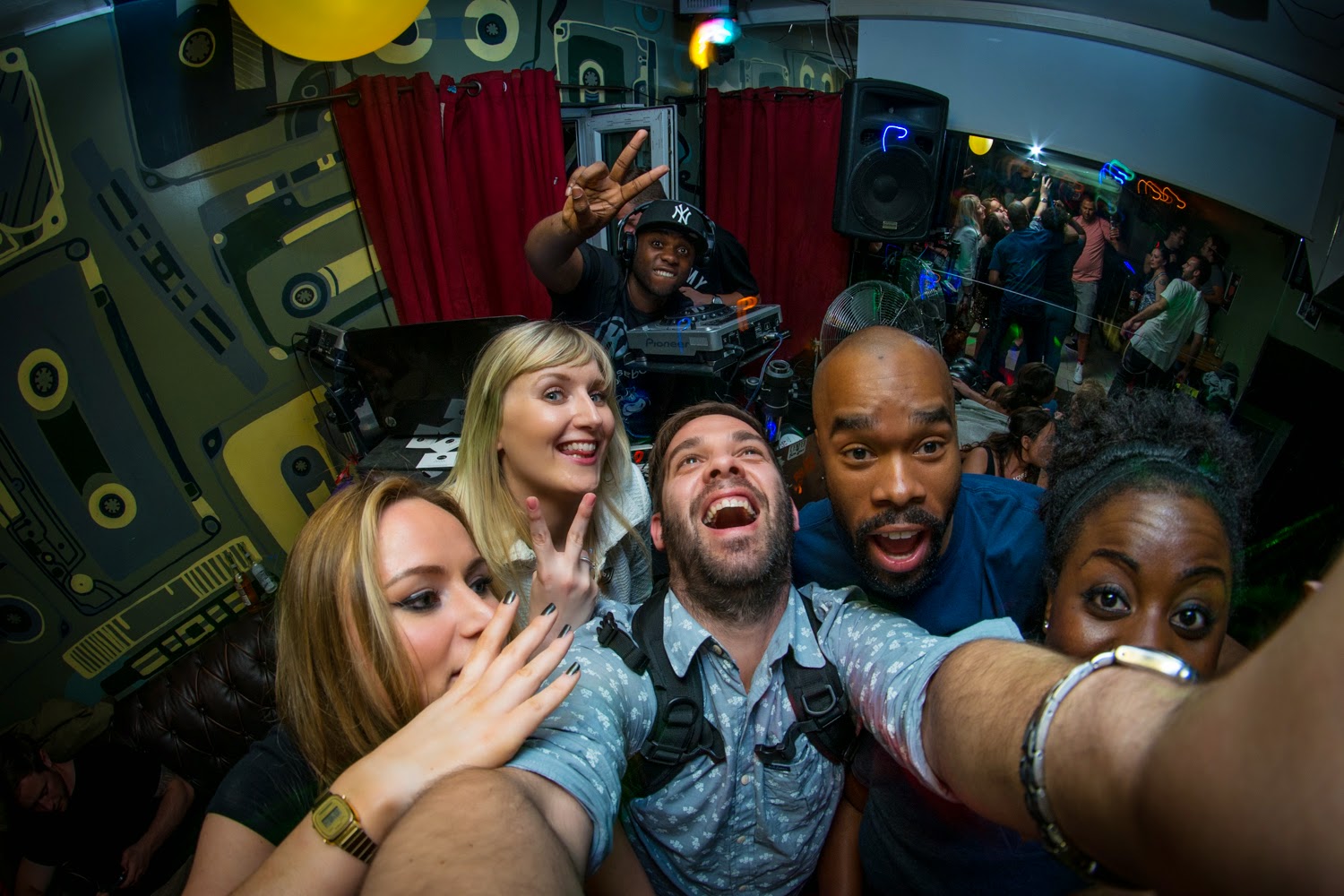 Special thanks to JUAN RENDON for his great photographies!